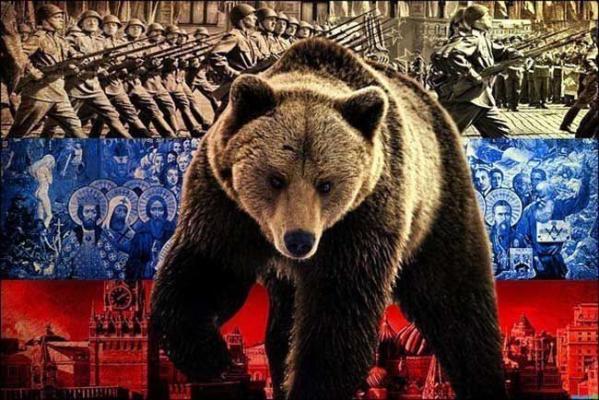 International Institute of Khazar Studies (IIKSS) – The analysis of the dependent variables that make up the government's ability index in Russia, shows that the role of authority in relations between the people and the government has declined by 3.3%.

Thus, it can be said that the Russian government in 2017 restored its legitimate and soft power, which, of course, was not strange on the eve of the presidential elections. On the other hand, the Russians, in order to continue fighting against the hegemony of the West and advance the war in Syria, need to satisfy their own population.

In practice, increasing the share of the legitimate and soft power of the Russian government in the structure of government weight of this federation did not lead to the reformation of the demographic pyramid of the 27-year-old federation.

Thus, it can be said that an important part of soft power of Russians and/or beautiful language of Russians in dealing with their peoples depends on the growth of oil prices and other economic factors. Also, an important part of raising this index is the result of a decline in European economic power. In fact, it can be said that the distance between Russia and the west was reduced in 2018.

The FIFA World Cup can be considered as one of the factors that led the Russians to engage more in the field of economics and restore their political and security image and reputation.

As it was said, one cannot ignore the role of optimal management and also Russia's contractionary economy in managing the crises created in this Federation in recent years. By preventing the collapse of the ruble value, the Russians were able to return more easily to the cycles of competition with the US and Europeans.

Comparison of Russia's GDP per capita with the government weight index indicates that GDP growth in Russia has a desirable political function. Although it should be noted that oil prices have increased by an average of 40%, but Russia's GDP has increased by less than 20 percent and has reached from $ 8,800 to $ 10,200.
As we pointed out in the analysis of last year, the Russians have been forced to react and be flexible towards the west in order to restore their political weight and government weight.

Reduction of tension in Eastern Europe, Russia's cooperation with the West in North Korea and Yemen, control and containment of the level of reaction against US in Syria, restoration of political and economic relations with the Arab world and development of relations with the countries of Central Asia and the Caucasus are among the factors that Russia used to restore government weight.

We must not forget that the figures are less likely to lie to us. Each country needs to restore its political weight and government weight, and therefore, by studying these factors, we can predict the reaction and behavior of countries.