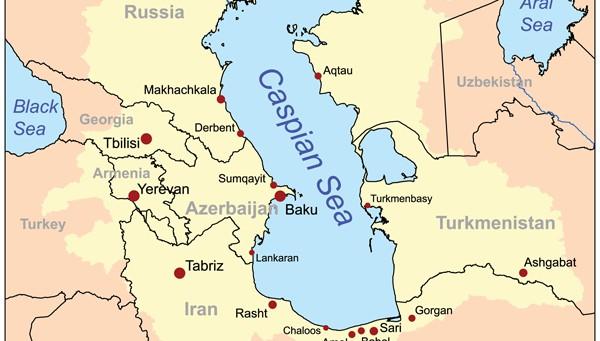 Energy projects in the resource-rich Caspian Sea could receive a boost after five nations agreed on the legal terms of how to share access after 20 years of negotiations.

Despite being one of the world's oldest hydrocarbons producing regions, the Caspian basin is estimated to contain 48 billion barrels of oil and 292 trillion cubic feet of natural gas in proved and probable reserves, according to the Energy Information Administration. Almost three-quarters of this crude is also located within 100 miles of the inland sea's coast.

Leaders of Azerbaijan, Iran, Kazakhstan, Russia and Turkmenistan on Sunday signed a convention, which for the first time provides a legal framework for sharing access to the area.

The convention could facilitate development of some key oil and gas projects in the Caspian, including some disputed oilfields, and a trans-Caspian gas pipeline, but does not automatically ensure such developments will take place.

The convention allows for pipelines to be constructed between one country and another without the permission of all 5 littoral states - a condition that Russia and Iran had previously insisted upon. This condition, alongside environmental concerns, had prevented gas-rich Turkmenistan from developing a subsea pipeline across the Caspian Sea to Azerbaijan. This project could now be viable, with officials recently saying that they are still interested in developing it.

Turkmenistan has long struggled to diversify its gas export routes, with little success. It remains heavily dependent on supplies to China and in recent years its shipments to Iran as well as to Europe via an existing route through Russia, have dried up.

But the agreement does not solve all the problems facing the project. Firstly, it is unclear how much gas Ashgabat could ship westward, given its long-term supply commitments with China.

Such deliveries would likely be more expensive than alternatives.

"The cost of transporting Turkmen gas to Europe via a yet-to-be-constructed pipeline makes that gas less competitive than other options, in particular, additional Russian imports and LNG," the Oxford Institute of Energy Studies said in a report published in July.

Turkmenistan may also choose to prioritize development of a fourth pipeline to China, and or the Turkmenistan-Afghanistan-Pakistan-India pipeline instead.

Finally the success of the project may require domestic changes to Turkmenistan's policy on gas processing. It currently insists that all gas is processed in Turkmenistan, but allowing gas from Block 1 to be processed at Azerbaijan's Azeri-Chirag-Gunashli field would be much more efficient.

Turkmenistan could export an estimated 8-10Bcm/year of gas from Block 1, with some going to Azerbaijan for domestic consumption, and some going into the Southern Gas Corridor and on to Europe.

The convention also paves the way for an increase in oil transit, with Azerbaijan offering to ship more Kazakh crude westward, via its Baku-Tbilisi-Ceyhan pipeline. Kazakhstan's crude output is growing and the two countries are actively developing their port infrastructure and tanker fleets to make this possible. Currently, most of Kazakhstan's westbound crude exports go via the 1.4 million b/d Caspian Pipeline Consortium's line through Russia.

The convention could also facilitate development of stalled projects in the South of the Caspian. The former Soviet republics to the North -- Russia, Kazakhstan and Azerbaijan had already agreed a mechanism and started to actively develop oil and gas reserves located in their national sectors.

These include Kazakhstan's Kashagan, with recoverable reserves estimated at 9-13 billion barrels of oil. In the Azeri section, Azeri-Chirag-Gunashli accounts for 75% of Azerbaijan's total oil production of around 800,000 b/d and Shah-Deniz is the main source for future gas deliveries to Europe via the TAP pipeline.

The convention now allows for the modified formula used in the North to be adopted to settle ownership disputes over fields in the South. However, the process could still prove difficult as there are three fields in the South that may straddle median lines.

The most immediate is the Serdar field in Turkmenistan and Kyapaz in Azerbaijan. Most of this field clearly falls on the Turkmen side, a regular median line. Serdar/Kyapaz has limited oil and gas resources but is important because limited resources place a premium on cost-effective production, which would support Azerbaijan's proposal to process the field's output in Azerbaijan.

Another field which could straddle median lines is the Sardar Jangal field discovered by Iran.

Estimates have indicated there are 2 billion barrels of oil and 50,000 Bcf of gas in the Sardar Jangal field. Around 500 million barrels of the total reserve is exploitable. Tehran and Baku earlier agreed not to touch the Sardar's reserves before an agreement is reached.

Iran's share of Caspian crude could be a total of around 20 billion barrels.

The convention could also affect the viability of developing a field known as Alov in Azerbaijan and Alborz in Iran. BP held a PSA from Baku for Alov but ceased all offshore assessment after an Iranian gunboat intervened in 2001.