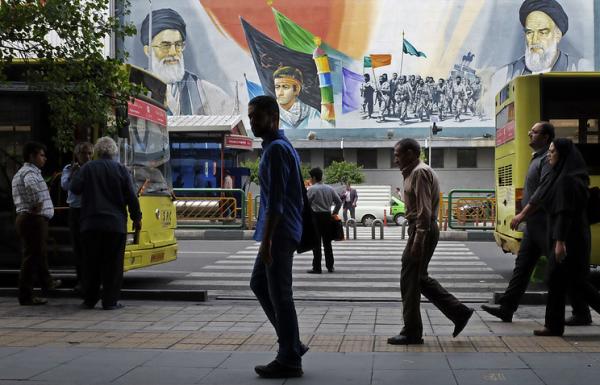 The re-imposed US sanctions are unlikely to make Iran change its policy in the Middle East, a Russian expert told TASS on Monday.

"The sanctions that have come into effect from today may only reinforce Iran in its unwillingness to make any concessions in the Middle East," said Andrei Bystritsky, an expert of the Valdai International Discussion Club.

"Sanctions can be really effective only if they are supported globally," he noted, adding that in this case China "is not planning to stop buying Iranian oil and the Europeans are not planning to withdraw from the nuclear deal."

According to the expert, it is a matter of purely domestic politics for the Americans. "US President Donald Trump’s administration has to do something to be up to its words and somehow divert public attention from the tussle around fictitious fuss around alleged meddling with the elections, economic policy of the country, trade problems between the United States, Europe and China," Bystritsky said.

"The sanctions will tell on the United States’ relations with the allies, with China, with Russia to a certain extent, and on the Syrian situation," he stressed.

The United States is to re-impose the first part of anti-Iranian sanctions from Monday after 90 days have elapsed after President Trump’s announcement of his country’s withdrawal from the Iran nuclear deal. Restrictions will cover the automotive sector, trade in gold and other critical commodity.

Trump announced Washington’s decision to withdraw from the Joint Comprehensive Plan of Action (JCPOA), known as the Iran nuclear deal, on May 8. In his words, the deal, as it is, leaves Iran a possibility to create a nuclear bomb bypassing all the restrictions. The US leader said Washington is ready to sign a new agreement instead of JCPOA. However he advanced practically impossible conditions insisting Iran roll back its missile program, change its policy in the Middle East and its human rights attitudes.

The Joint Comprehensive Plan of Action (JCPOA), known as the deal on Iran’s nuclear program, was signed between Iran and six international mediators (the United Kingdom, Germany, China, Russia, the United States, and France) on July 14, 2015. On January 16, 2016, the parties to the deal announced beginning of its implementation. Under the deal, Iran undertakes to curb its nuclear activities and place them under total control of the International Atomic Energy Agency (IAEA) in exchange of abandonment of the sanctions imposed previously by the United Nations Security Council, the European Union and the United States over its nuclear program.

TEHRAN, Jul. 02 (MNA) – NIGEC managing director has reported on the reached agreement with Armenia to bring ...

BP, its partners invest in Azerbaijan

BP, its partners invest almost $60B in Azerbaijan Trend: The British BP company together with its partners on development of the Azeri-Chirag-Guneshli ...