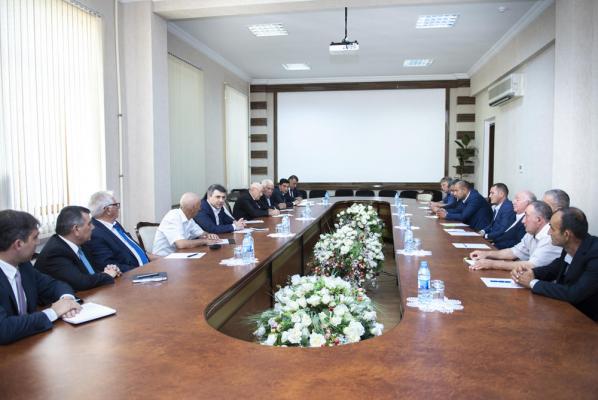 The Council of Farmers was established under Azerbaijan Ministry of Agriculture, the ministry informed on August 3.

The relevant meeting with the participation of large farmers and Agriculture Minister Inam Karimov discussed the quality of fertilizers and seeds, lack of equipment, as well as the problems of irrigation of farmland and measures for the development of animal husbandry.

During the meeting, Karimov noted that state centers of agricultural development will be created in the future on the basis of agriculture departments, and that they will contribute to the transparency in the industry.

“For the ministry, the main thing is that farmers use land more effectively, get large harvest and earn more,” the minister said.

He added that to identify the problems of farmers and support their activities, the Center for Agricultural Research was established, and to help farmers sale their products, the State Agricultural Trade Company was created.

Following the meeting, the Board of the Council of Farmers consisting of 14 people was elected.

Azerbaijan, which is eager to diversify its economy on the basis of further development of the non-oil sector, defines agriculture as one the main directions. The fertile lands, abundance of water and climatic diversity create favorable foundation for ever-strengthening agriculture sector.

The improvement of this sector plays an important role in the development of rural regions, where 47 percent of Azerbaijan’s population lives.