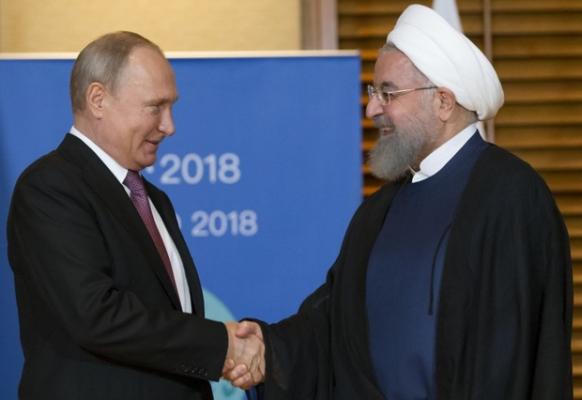 Diplomacy is starting to take the lead in the Syrian conflict. In recent weeks important meetings and talks took place which indicated that some sort of a Syria deal is underway. First Russian President Vladimir Putin met with Israeli Prime Minister Benjamin Netanyahu on 11 July, then came Putin's summit with US President Donald Trump.

On 19 July, Russia's Syria envoy visited Iran. On Monday, Sergei Lavrov, the Russian foreign minister, along with the first deputy defence minister, visited Israel in a last-ditch effort. This flurry of diplomatic activity confirms that Moscow is communicating to different parties of the conflict trying to get the deal acceptable for everyone.

In recent months, the Syrian conflict has been following a familiar pattern. Another de-escalation zone in the south has been hit by escalation. The Syrian army, with the support of the Russian air force, began moving towards Daraa, leading to another deal in which some rebels agreed to be evacuated to Idlib, others stayed to reintegrate into civilian life, and still others continued to fight.

The Syrian opposition has experienced yet another blow from its supporters in Washington, who refused to provide assistance in the southern front against Syrian government forces and Russia. This helped the Syrian army to take control of new areas with relative ease.

Although the offensive initially sent around 60,000 Syrians flocking towards the Jordanian border, most have since returned home after the Syrian army gained control of the main crossing and ceasefire deals were struck with rebel groups. As a result, almost all of Syria's south is now controlled by the Syrian army. This situation naturally increases concerns on Israel's part of Iran deepening its influence in the border area.

On 11 July, Netanyahu met Putin in Moscow. A frequent guest in Russia, he has established close ties with his Russian counterpart, but their meetings often touch on issues where they do not see eye to eye, such as Syria and Iran’s role in the region. Still, their frequent exchanges have helped to avoid any major escalation between the two countries in Syria.

This time, Netanyahu’s visit was again aimed at discussing Iran’s military presence in Syria, especially in the southern border region. Netanyahu wants a guarantee from Putin that he will keep Iran in check and minimise its military presence near the borders with Israel and Jordan.

Israel and the US

While Russia cannot fully meet Israeli requests, it will do its best to take tight control in southern Syria. The most likely scenario is that Russia will deploy its military police in the southwest de-escalation zone, creating a sort of buffer zone to guarantee the disengagement of Iranian forces. Similar agreements have already been struck in several villages, where Syrian army forces will be replaced by Russian military police.

If extended to the broader area in the south, such a strategy would likely be supported by both Israel and the US. In fact, it would benefit all parties: for Syria, it would significantly reduce the risk of Israeli strikes, and for Iran, it would help to avoid excessive Israeli military attacks on its units.

Russia does its best to accommodate all of its partners in Syria. Although it cannot make Iran pull out of Syria completely, it can put some checks on it, using its own military presence. And while Moscow cannot fully satisfy Israel’s security requests, it can show that it has control over the situation.

An important point is that Iran was already present in Syria before the civil war broke out. This is why all calls for its complete withdrawal are unrealistic.

Both Moscow and Damascus understand that along with the positive aspects of Iran being in Syria, its excessive military presence brings additional risks. Even the Syrian government understands that an over-dependence on Iran will most likely drag it down - especially considering the recent US withdrawal from the nuclear deal and new sanctions against Tehran.

Moscow also understands that a stronger and more independent Damascus is preferable, making it harder for Iran to dictate its policies in the region and, therefore, reducing international frictions. As such, one of the ways that Russia seeks to balance Iran’s presence in Syria is by increasing its own support for Damascus.