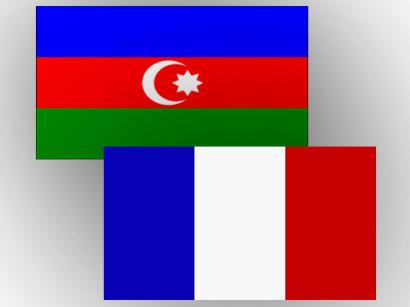 Numerous contracts signed during the visit of Azerbaijani President Ilham Aliyev to France are another victory of the foreign economic policy of the country's leadership, member of the parliamentary committee on economic policy, industry and entrepreneurship, MP Rufat Guliyev told Trend July 21.

The MP reminded that France has one of the strongest Armenian lobbies in Europe, and against this background, the conclusion of contracts worth more than $2 billion between Azerbaijani and French companies is an absolute success.

"France is one of the three leading countries in Europe in terms of economic power. French companies are usually the most developed companies in their spheres both in Europe and in the world as a whole. Such contracts will allow the two countries to get to know each other even better and deeper. On the other hand, they will also become a kind of example for other European countries, which will strive for even deeper and closer cooperation with Baku," Guliyev said.

The MP noted that European countries treat Azerbaijan with high confidence as the most stable state of the former Soviet Union.

"Azerbaijan always fulfills the tasks set before itself on the international arena. Baku has repeatedly proved this, especially after the implementation of its huge transport, logistics and energy projects. The world is becoming more and more convinced that Azerbaijan is a permanent and reliable partner," the MP said.

Guliyev stressed that as a result, Azerbaijan is gaining an increasing reputation on the international arena.

"As you can see, the last meetings of the president are aimed at building the foreign economic potential of Azerbaijan. Politics is a concentrated expression of the economy. With such economic success we will achieve even greater political power," the MP concluded.

Iran is ready to cooperate with Azerbaijan to develop fields in the Caspian Sea, said Iran's Minister of Communications and ...