Iran takes US to ICJ over re-imposed sanctions 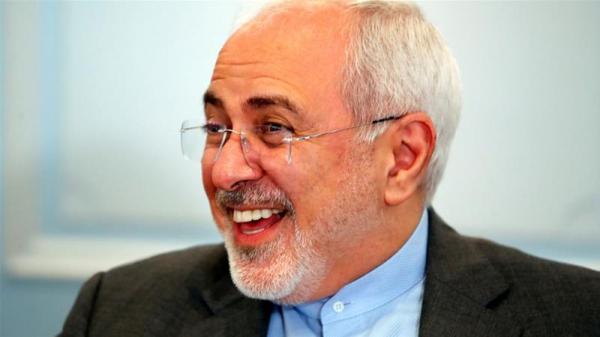 Iran has filed a complaint with the International Court of Justice (ICJ) to "hold [the] US accountable for its unlawful re-imposition of unilateral sanctions," Iranian Foreign Minister Mohammad Javad Zarif said on Twitter Monday.

"Iran is committed to the rule of law in the face of US contempt for diplomacy & legal obligations. It's imperative to counter its habit of violating int'l law," the tweet read.

Zarif did not expand on the claim it would bring before the ICJ, but officials have repeatedly accused the US of imposing illegal sanctions on Iran after pulling out of the Joint Comprehensive Plan of Action (JCPOA), known colloquially as the Iran nuclear deal, in May.

Under the deal signed in Vienna with six world powers - the US, UK, France, Germany, Russia, China and the European Union - Iran scaled back its uranium enrichment programme and promised not to pursue nuclear weapons.

In exchange, international sanctions were lifted, allowing it to sell its oil and gas worldwide. However, secondary US sanctions remained.

Following that withdrawal, the US announced it would re-impose sanctions targeting critical sectors of Iran's economy, such as its energy, petrochemical, and financial sectors.

Last week, Trump said that with the US increasing sanctions on Iran, "at a certain point they're going to call me and say 'let's make a deal,' and we'll make a deal."

Iran responded to those remarks by saying it would not be Iran that would call the US, but Trump would call Iran.

Foreign Ministry spokesman Bahram Ghasemi said on Monday that "maybe someday he will call Tehran and ask for negotiations - this is more likely."

Earlier this month, the US said that the goal was to get as many countries as possible down to zero Iranian oil imports and it has repeatedly said it could potentially also target countries that kept doing business with Iran.

"Our goal is to increase pressure on the Iranian regime by reducing to zero its revenue on crude oil sales," said State Department Director of Policy Planning Brian Hook.

The EU, Britain, France and Germany, China and Russia have repeatedly reaffirmed their support "to the continued full and effective implementation of the JCPOA by all sides".

On Friday, the EU again showed its support for the deal by giving European firms legal cover to operate in Iran.

"Today, the [European] Council has endorsed the update of the blocking statute annexe on the nuclear deal with Iran," foreign policy chief Federica Mogherini told reporters in Brussels at a meeting with EU foreign ministers.

The "blocking statute" forbids EU firms from complying with US sanctions, allowing them to recover damages from such penalties and nullifying any foreign court rulings against them.

The blocking statute is due to enter force on August 6, when the first set of US sanctions are due. The second set is due November 4, just before US legislative elections.

Despite Friday's Mogherini comments, it will be tough to preserve the deal with Iran.

"It is a difficult exercise, because the weight of the US in the global economy and the financial system is obviously relevant," the former Italian foreign minister said.

Fearing the US might hit back for doing business with Iran, India, Iran's second-biggest importer of oil after China, started scaling down its reliance on Iranian energy earlier this year.

French oil company Total and carmaker PSA have indicated they will likely not stay in Iran either.

To make up for losses suffered as a result of the US sanctions, Iran is looking at other countries as potential export partners, including a deal that could potentially be worth $50bn with Russia.