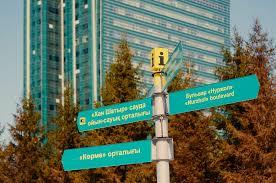 World Bank published a paper on Urban development under the title; Urbanization in Kazakhstan: desirable cities, unaffordable housing, and the missing rental market.

Kazakhstan's cities are hubs of economic opportunity and prosperity. But despite the government's ambitious targets, the pace of urbanization remains slow.

This study focuses on two key constraints, the very high cost of living in Kazakhstan's cities, and the near absence of a rental housing market outside the capital, Astana. The findings show that the two urban centers of Almaty and Astana are 190 and 240 percent more expensive to live in than the national average.

Housing is the primary driver of the disparity: after adjusting for inflation, housing costs tripled in Astana and quadrupled in Almaty between 2001 and 2015. As a result, housing costs for the local population in these areas are more unaffordable than famously exclusive cities such as San Francisco and Vancouver.

Demand elasticities from 2015 imply that in the current environment, rural and low-income households are especially unlikely to relocate to high-priced areas where employment prospects are better and average incomes are higher. Regional convergence in wage rates remains slow but appears to be proceeding most quickly in Astana, where rental housing is most prevalent.

The findings suggest that high rates of home-ownership and the high cost of living in cities lead to exclusion of lower-income households and restrain economic growth.