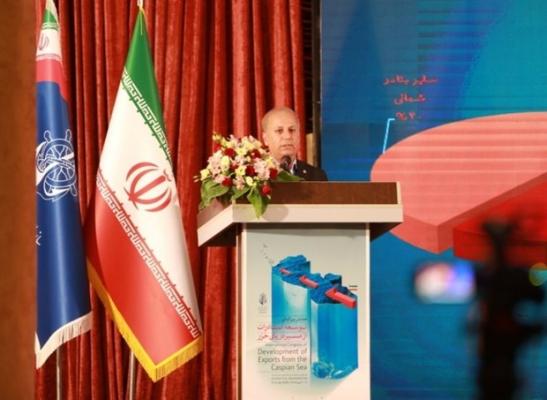 The International Congress of Development of Exports from the Caspian Sea has kicked off in Sari, Mazandaran province, aimed at discussing challenges and opportunities facing exports from Iran’s northern ports.

The two-day congress focuses on six topics including the role of ports and quality of service, rules and regulations of ports and their roles in increase or decrease of exports, the political status of Russia and the West, investment in northern ports and sustainable development.

Speaking at the inauguration of the congress on Wed., Director of Amirabad Ports and Maritime Organization and Special Economic Zone Siavash Rezvani said northern port cities, including Amirabad, Noshahar and Anzali, have exported 500,000 tons of non-oil goods to the Persian Gulf littoral states in the past year.

He added that 225,000 tons of goods were exported to the Persian Gulf littoral states this Spring, 60 percent of which were exported from Amirabad port in east of Mazandaran province.

Amirabad currently is the only port city in the north of country which is connected to a railway network, Rezavani said, adding that the infrastructure will come on stream by March 2019.

Experts from around 19 countries including Iraq and Afghanistan are taking part in the International Congress of Development of Exports from the Caspian Sea currently underway in Sari.