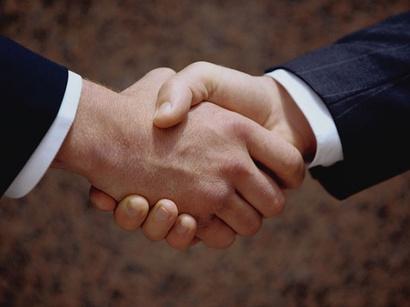 Prime Minister of Kazakhstan Bakytzhan Sagyntayev and Federal Adviser and head of the Federal Department of Economics, Education and Research of Switzerland Johann Schneider-Ammann discussed the issues of further deepening of trade and economic relations between Kazakhstan and Switzerland, including investment partnership and interregional interaction, as well as the development of cooperation between the two countries, the press service of the Prime Minister of Kazakhstan said in a message.

Sagyntayev stressed that Kazakhstan is interested in closer and mutually beneficial cooperation in the fields of energy, transport, small and medium business, as well as establishing transfer of new technologies and know-how with Switzerland.

"To date, Swiss companies in Kazakhstan have implemented projects in the fields of engineering, construction, agro-industrial and mining and metallurgical complexes," he said.

The prime minister added that Kazakhstan has created a favorable investment climate for foreign investors with significant tax and customs preferences. Since the beginning of 2017, the country adopted a visa-free regime for 30 days for Swiss citizens.