EU3 to open trade with Iran independent of US dollar: Russia FM

EU3 to open trade with Iran independent of US dollar: Russia FM Investment 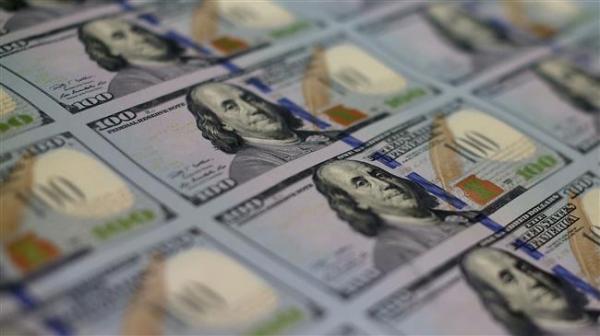 Russia’s Foreign Minister Sergei Lavrov says the three major European signatories to a landmark nuclear deal with Iran agreed to establish trade ties with Iran independent of the US dollar.

Since the United States' unilateral move in May to withdraw from the nuclear accord, officially known as the Joint Comprehensive Plan of Action (JCPOA), European companies are under mounting pressure from Washington to cut business ties with Tehran.

US President Donald Trump announced on May 8 that Washington was walking away from the nuclear agreement and that he plans to reinstate US nuclear sanctions on Iran and impose "the highest level" of economic bans on the Islamic Republic.

Under the JCPOA, Iran undertook to put limits on its nuclear program in exchange for the removal of nuclear-related sanctions imposed against Tehran.

Lavrov said on Monday that the decision by France, Germany and Britain would mainly concern small and medium-sized companies.

The top Russian diplomat added that the remaining parties to the Iran nuclear deal have agreed to work out measures to protect the countries’ businesses from US sanctions.

He criticized Washington's "illegal and unacceptable" decision to re-impose sanctions on Iran.

“Everyone agrees that this is an absolutely illegal and unacceptable policy, but, of course, this can hardly be changed and there will be enough struggle in trade, economic and political spheres,” Lavrov said.

Since the US president pulled Washington out of the historic nuclear deal, European countries have been scrambling to ensure that Iran gets enough economic benefits to persuade it to stay in the deal. The remaining parties have vowed to stay in the accord.

Tehran has conditioned its stay in the deal to practical European strides to make sure Iran’s dividends from the deal would not be affected when US sanctions "snap back" in August.

The first group of sanctions on Iran’s automotive sector, gold trade, and other industries will “snap back” on August 4. Further sanctions on oil and transactions with the central bank of Iran will come into effect November 6.

European companies working in Iran face potential US penalties as the majority of transactions are currently conducted using the US dollar.

Since its exit from the JCPOA, the Trump administration has embarked on a fresh fearmongering campaign among the European businesses active in Iran, threatening them with hefty penalties should they choose to stay in Iran when the American sanctions snap back into place.

Washington’s threats have already scared a number of European business and energy giants out of Iran.

Iranian Foreign Minister Mohammad Javad Zarif said on Friday that all the remaining signatories to the 2015 nuclear agreement have political will to stand up to the United States' move to withdraw from the deal.

However, he warned that if the European sides fail to properly fulfill their commitments, Iran would take its own measures to counter the US withdrawal from the JCPOA.

The European Parliament on Wednesday granted permission to the European Investment Bank (EIB) to do business in Iran as Europeans scramble to devise mechanisms aimed at saving the JCPOA without the US and protecting their commercial ties with Tehran in the face of returning American sanctions.

“We are granting the EIB the capacity to invest in Iran if suitable projects are found,” said Siegfried Muresan, a lawmaker from the center-right European People’s Party (EPP).

In a phone call with his French counterpart, Emmanuel Macron, in June, Iranian President Hassan Rouhani said the Islamic Republic will quit the multilateral nuclear agreement if it does not benefit from the deal after the US pullout.

Rouhani said, "If Iran cannot enjoy the agreement's benefits, it will be practically impossible to stay in it."

Russia Renewable Energy Report Other than large hydroelectric plants in Russia, all other forms of renewable energy accounts for less ...

NATO-Russia: No "business as usual"

NATO-Russia: No "business as usual" DIPLOMACY NATO and Russia held "frank and serious" talks despite "profound disagreements" as their ambassadors met ...