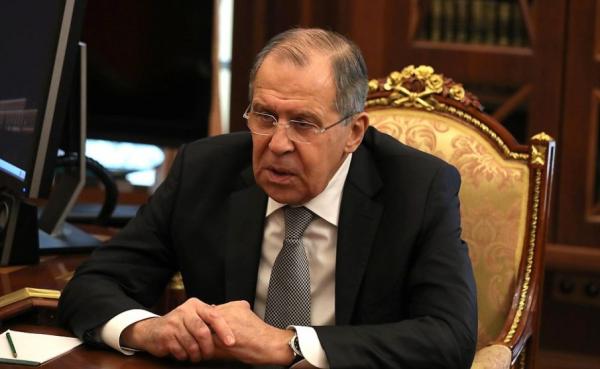 This week Russian Ministry of Foreign Affairs made their intentions clear that they will do everything they can to maintain the Iranian nuclear deal and defend Iran from sanctions. Russia claims that it will maintain economic and trade agreements with the Islamic Republic. Russian Foreign Minister Sergey Lavrov attended a meeting on Friday of ministers who are still part of JCPOA nuclear deal “except the US, which withdrew from this program.” The meeting was organised under Iran’s request, it took place in Vienna and it was chaired by Federica Mogherini who is the European Union spokesman for security policy and foreign affairs.

The deal was made in Vienna in 2015 between members of the United Nations Security Council and Iranian representatives. United States President Donald Trump announced the U.S.’s withdrawal from the deal earlier this year in May while simultaneously re-imposing sanctions which are set to begin in August. Iran’s oil trade will be hit with sanctions in November as well. The members of the deal who have remained on board are now scrambling to salvage the agreement but an official plan to do so has yet to be released.

This week European Union officials approved of the European Investment Bank (EIB) for continued business in Iran. This will give European companies the ability to maintain business relations with the Islamic Republic regardless of sanction from the United States. European People’s Party (EPP) member Siegfried Muresan confirmed this, telling reporters that, “We are granting the EIB the capacity to invest in Iran if suitable projects are found. The Iran deal is good for Europe’s security.”

The United State’s current administration has affirmed their position on the Iranian regime, expressing a great deal of criticism towards the nation’s regional activities and  nuclear program. Foreign Minister Sergey Lavrov was quite critical of the narrow media presence regarding Iran’s regional activities. In a press conference this week, Lavrov stated that, “It is alleged that Iran should leave, stay within its borders, and everything will be wonderful. This is absolutely unrealistic. It is impossible to seek solution to the region’s problems without the participation of its key countries, including Iran, Saudi Arabia, Jordan and Egypt, to name a few.”

Iran has threatened the U.S. over the use of the Hormuz Strait recently as well. Iranian Iran’s Hassan Rouhani subtly expressed that if the United States were to block Iranian oil exportation, then Iran may retaliate by blocking access to the sea route that provides access to 20 percent of the globes oil supply. Revolutionary Guard commander, Mohammad Ali Jafari, was more overt in the claim during a public statement that, “We can tell our enemies that use of the Strait of Hormuz is for all or no one.”