Is it possible to go to the International Court of Justice to resolve the legal regime of the Caspian Sea? Legal Issues 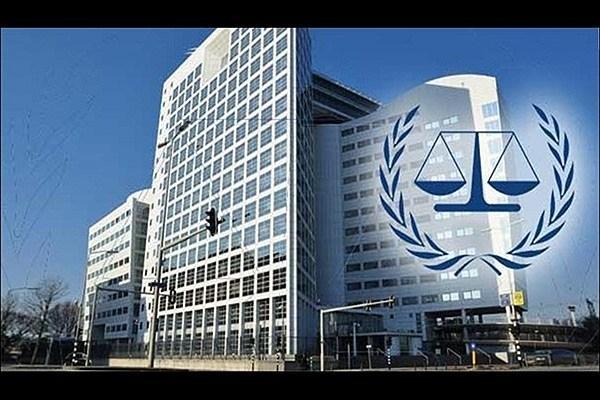 International Institute of Khazar Sea Studies (IIKSS) - After a period when was viewed emotionally to the Caspian Sea and Iran's share of this sea, Iran's political and social conditions are moving in the direction that we can say that our country is looking for a logical and technical view on this important issue. By developing legal concepts and rooting these concepts in the political discourse, we are moving in the direction that most experts are aware of the fact that this question, how much of the Caspian Sea is ours, is not basically correct and complete. The News Research Group has discussed this issue in an interview with Mr. Maysam Araee Daronkola, International Law Expert, analysis for the Caspian Sea issues, University Professor and the director of the International Institute of Khazar Sea Studies (IIKSS).

In fact, it should be asked:

The process of negotiations and received news show that show that there is no disagreement over territorial waters and fishery zone in the Caspian Sea. Many security and environmental issues have also been resolved with the level of reasonable natural challenges.

But at the moment, the legal regime of the seabed and subsoil, that is called the continental shelf, is the key challenge of the Caspian littoral states. The same challenge lies around Exclusive Economic Zone and around exact location of the baseline of the territorial sea, which is the starting point for determining other marine areas. The importance of this line is also not limited to determining other areas beyond it, because this line, for the reason that the waters behind it are considered as internal waters of a country, is also important. It should be noted that determining countries' share of the continental shelf and the Exclusive Economic Zone is one of the issues that essentially are related to neighboring or adjacent countries, and that the determination of these areas in the southern part of the Caspian Sea cannot be related to the determination of these areas in the northern countries of the Caspian Sea (including Russia and Kazakhstan). On the other hand, the determination of the share (delimitation) of Northern Caspian regions is not related to Iran. For this reason, bilateral negotiations (Iran-Azerbaijan, Iran-Turkmenistan) have to be conducted to resolve disputes regarding the delimitation between the countries in the southern part of the Caspian Sea and trilateral negotiations have to be conducted to determine three-point

In such a situation, if the parties cannot resolve their disputes by negotiation or mediation a third party, they inevitably must resolve disputes through legal channels. In this regard there are two basic ways:

The first way is to refer the matter to an arbitration that may be more acceptable to the parties. Because phobia of international law and its rules that are unknown to the Caspian littoral states, lead to more interest of these countries in this way. Because in the arbitration procedure, the parties select and designate arbitrators, and those arbitrators appoint some senior-arbitrators, so that they can resolve the present issue between the parties by relying on existing contracts or on any other principle that the parties consider binding. The attraction of this method is that the parties can base their arbitration on any rule or principle or agreement that they like and thus exclude themselves from the scope of coverage of the rules of international law.

But the second way, which is widely being discussed among the common people, is the referral of the matter to the International Court of Justice. I must point out that this is not an impossible, but much more difficult way than it is perceived. The ICJ is not like a domestic court which every country can easily refer to it and, in response, the other side or party (defendant) is obliged to participate in the process of investigation.

A study of existing documents shows that this jurisdiction can not be extracted from any document and the express and explicit consent of the disputed parties is the only way to refer the matter to the Court. This means that Azerbaijan and Iran should agree that the matter should be referred to the Court, which is also unlikely in the near future. Because the review of the Tehran Convention (Framework Convention for the Protection of the Marine Environment of the Caspian Sea) shows that countries have closed the smallest loophole for submitting environmental disputes to international courts. In this situation, it is unlikely that countries will accept submit disputes in much more important areas to international courts.

If decision-makers come to the conclusion that this dispute should be resolved through the International Court of Justice, then they must negotiate in such a way that the parties are convinced to refer the matter to the Court. In such a situation, with their consent it can be hoped that the matter be referred to the Court.