Russia, Belarus, and Turkmenistan Among Worst Human Trafficking Offenders in the World Political and military events 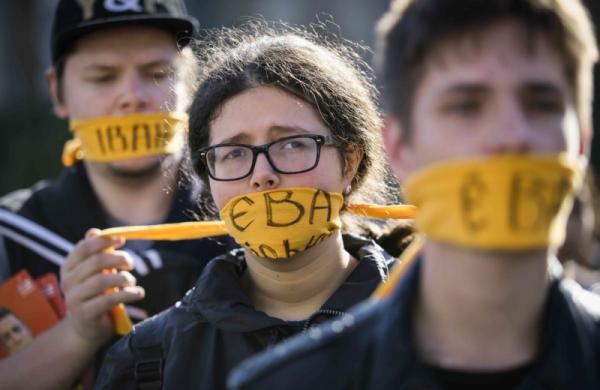 The annual Trafficking In Persons report analyzed 187 countries around the world and ranked them into three tiers according to how local communities and governments are fighting against human trafficking.

Russia remains one of the worst offenders for the sixth consecutive year, staying  in Tier 3, the lowest-ranking category in the report. Belarus and Turkmenistan were placed in Tier 3 as well.

The report said that the Russian “authorities did not report assisting any victims and lacked a process for the identification of victims and their referral to care.”

The widespread use of individuals forced into labor has made the lack of a thorough screening process even more dire. The U.S. State Department estimates that there are between 5 and 12 million foreign workers in Russia, while The Global Slavery Index estimates that over 1 million people are victims of human trafficking in the country.

Labor migration to Russia, largely from other parts of the former Soviet Union, is closely correlated to the human trafficking problem. Most instances of forced labor have been reported in the construction, agricultural, and manufacturing industries, with the Trafficking in Persons report saying, “Many of these migrant workers experienced exploitative labor conditions characteristic of trafficking cases, such as withholding of identity documents, nonpayment for services rendered, physical abuse, or extremely poor living conditions.”

The report ranked Turkmenistan in Tier 3 for the third subsequent year. The Central Asian country has been repeatedly accused of exploiting both the student and adult populations, leading to calls in the report to “take action to end the use of forced adult labor, especially during the annual cotton harvest, particularly by modifying government policies that create pressure for mobilization of labor.”

Belarus, in Tier 3 since 2015, was also singled out for similar infractions, with the report saying Minsk has “maintained policies that actively compelled the forced labor of its citizens, including civil servants, students, part-time workers, and the unemployed, citizens suffering from drug or alcohol dependency, and, at times, critics of the government, among others,” the report said.

Any country that is given a Tier 3 ranking risks American sanctions limiting access to U.S. and international foreign assistance, according to Reuters.

The US has no good defense against cruise missiles — and it's a huge problem ...